Old age and the passage of time teach all things. – Sophocles

Maybe that’s why I feel so “wise” today? I’m surely feeling something … 😉 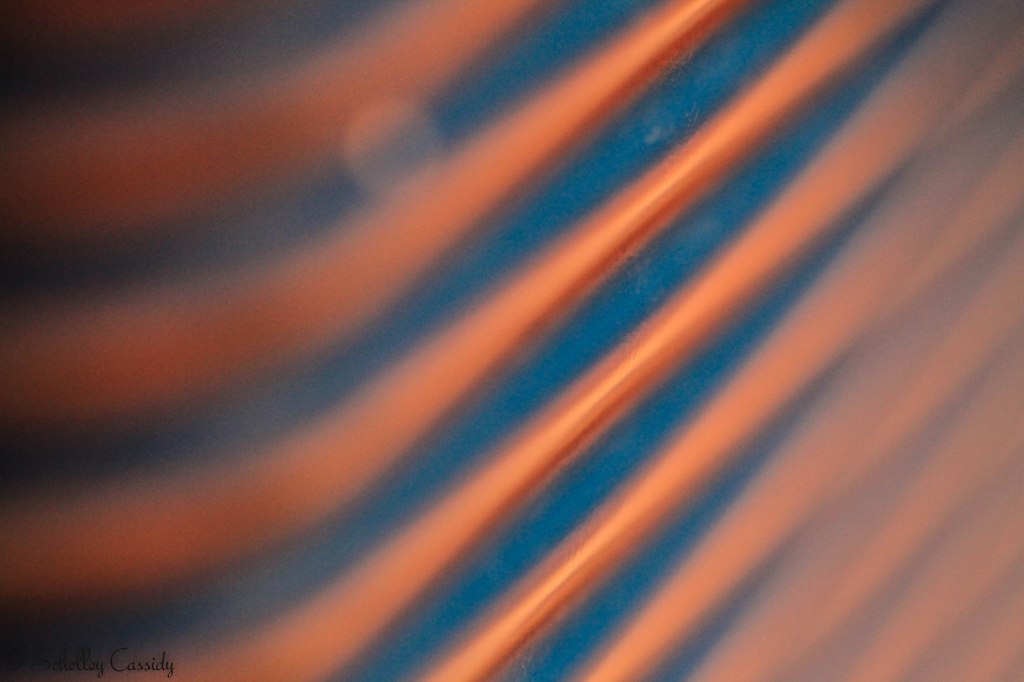 In between moans of pain from my yanked tooth, I managed to locate a subject to photograph for yesterday’s picture. Yay me, a pat on my back for being so dedicated to meeting my daily posts! I was quite pleased with the outcome, even though the identity wasn’t such a mystery. At least there was some guessing! And even a story!

The first guess was “zipper ? No, dont think so, maybe a comb, like a hair brush ?” I replied “stick with your gut instinct” because I had already seen that the second guess was “a zipper.” Yes indeed, ding ding ding, what you saw was part of a zipper. 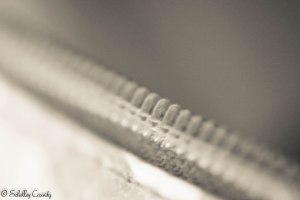 But Terry’s story about this subject was quite imaginative, and I can definitely see the sense of that shag pile rake. Enjoy!

Back in the late 1970s everyone who was anyone had shag pile carpet. One of our rooms still does. Bright red.
The problem with shag pile is that it gets flat and matted so someone came up with the idea of a shag pile rake. I remember seeing people wandering around with them at a Homes Exhibition. After the fifth person went by carrying one I just had to ask. Every home Exhibition has a gimmic item to sell or give away; that year it was shag pile rakes.
No one knows who thought of the idea but I do know that it broke someone’s heart.
Wyatt Muenkel worked in the carpet industry and he saw the shag pile trend coming. He came up with the idea for a fine toothed comb attached to a pole. The invention would keep shag pile carpets looking good and hopefully make him a fortune.
Before he could market his idea his employer found out what he was working on and claimed it under the terms of his contract. To make matters worse his employer sold the idea to a huge oil company that buried the idea along with the electric car and the technology to extract hydrogen from water.
The shag pile rage came and went but Wyatt’s heart was permanently broken.