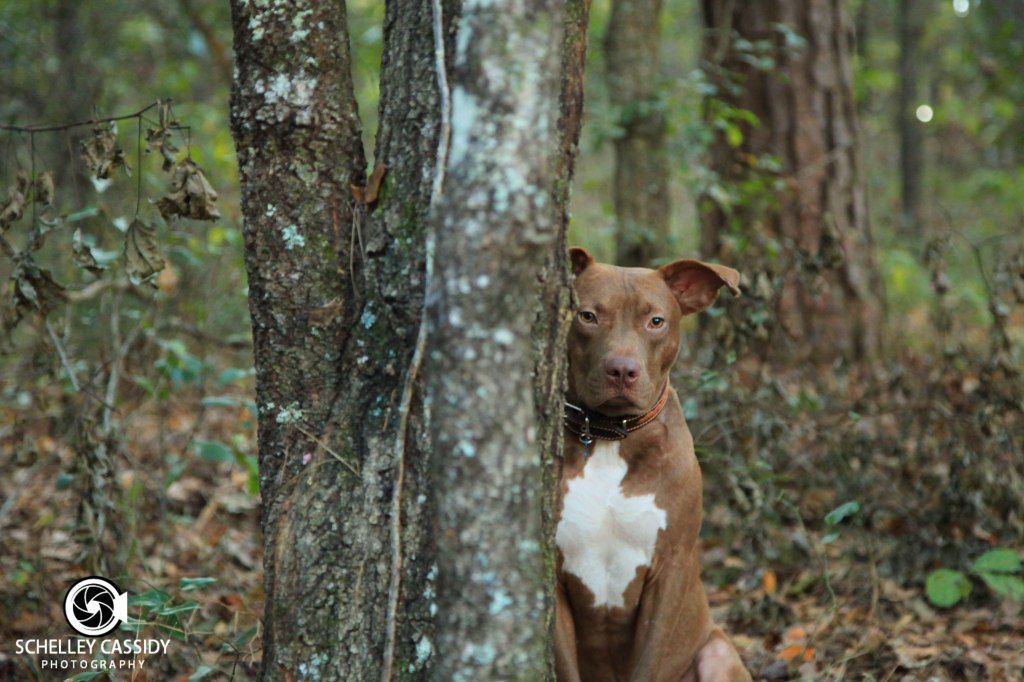 So why hasn’t Schelley been posting lots of pictures lately? What’s going on?!? Well, here’s your answer, and his name is Boo! Meet the newest family member of Casa Cassidy, our rescue dog. Actually, we’ve had him over five weeks now, and he’s thoroughly at home now. But it’s been a rough road for Boo.

This poor pup was found on the side of the road starving to death, eating roadkill. He was parasite infested, flea infested, and according to the vet that ended up treating him, he was close to death. Thank goodness for Christine and Barry Janks at Carson Springs Wildlife Conservation Foundation in Alachua, Florida; they were driving home and saw this deserted/dumped fellow and saved him. They rescued him from death! Here’s what Boo looked like at 29 pounds, sixteen pounds underweight. It just sickens me, especially knowing now that Boo was likely very abused before being dumped. He sports a very large scar on his back, and lots of scars all over his body. He doesn’t trust men, he quivers at the sight of a hose, clothes hanger, PVC pipe, or sticks in general. 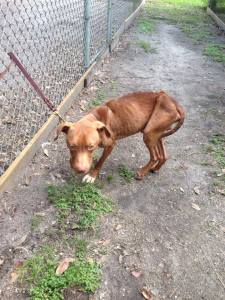 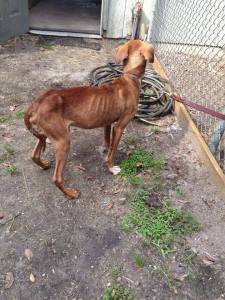 Boo didn’t make a sound for almost three weeks. Not one bark. Apparently he howls when I leave home. But no barks ever. … until the pest control man was outside our house. Suddenly my quiet boy turned into a growling, barking dog! It took over three weeks for the poor guy to really know this was his forever home. He’d vomit each time we’d get in the car, probably because he didn’t know if he was being dumped again. But how in the heck did he end up with me? … read on. 😉

A Picture Speaks a Thousand Words 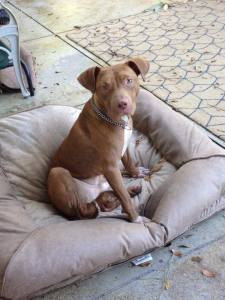 I knew about Boo because I follow Carson Springs on Facebook, and good for them, they posted daily updates about Boo, along with pictures. This one in particular got me. Or rather, Boo got me. Think me crazy or not, this pup spoke to me through a picture and told me he wanted to be a part of our family. Seriously.

Even though he was two and a half hours away, I KNEW that THIS dog HAD to be a part of OUR family. My gut told me this, my heart told me this. So almost one month after his rescue, I drove to Alachua, and picked up Boo. 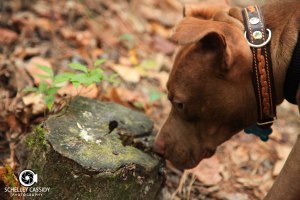 Bringing Boo into our lives was the best thing I could have done. He has so enriched our lives and he’s truly one of us. He’s a funny guy, he breathes loud and hard like an old man, snores, loves to play with blankets, has become quite attached to just one of my shoes, and now adores to go on car trips. He loves the Lake Jackson Indian Mounds just as much as I do! 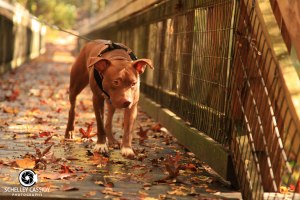 So this is why you haven’t seen many pictures lately. I’ve been busy with my pup, Boo! And yes, you can expect more pictures. 🙂 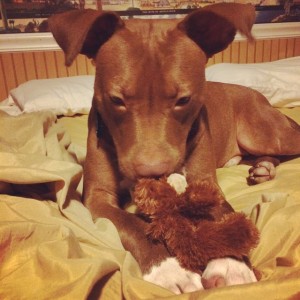