I suppose the holes in my heart make room for the light. Cracks in my soul let the light in, sparkles in me.

When the dark rain stops, the light is even more beautiful than ever before.

Posted in honor of an enormously talented musical genius and humanitarian, and a very special light maker; may Prince’s light continue to shine through all the others that carry the light. They’re the beautiful ones.

Even when they don’t know it.

P.S. Did you know that Prince wrote many hit songs for other performers? I can’t help but sing “Just another Macro Monday” in place of “Just another manic Monday,”  each time I make one of these posts. I didn’t realize he wrote this song for the Bangles. 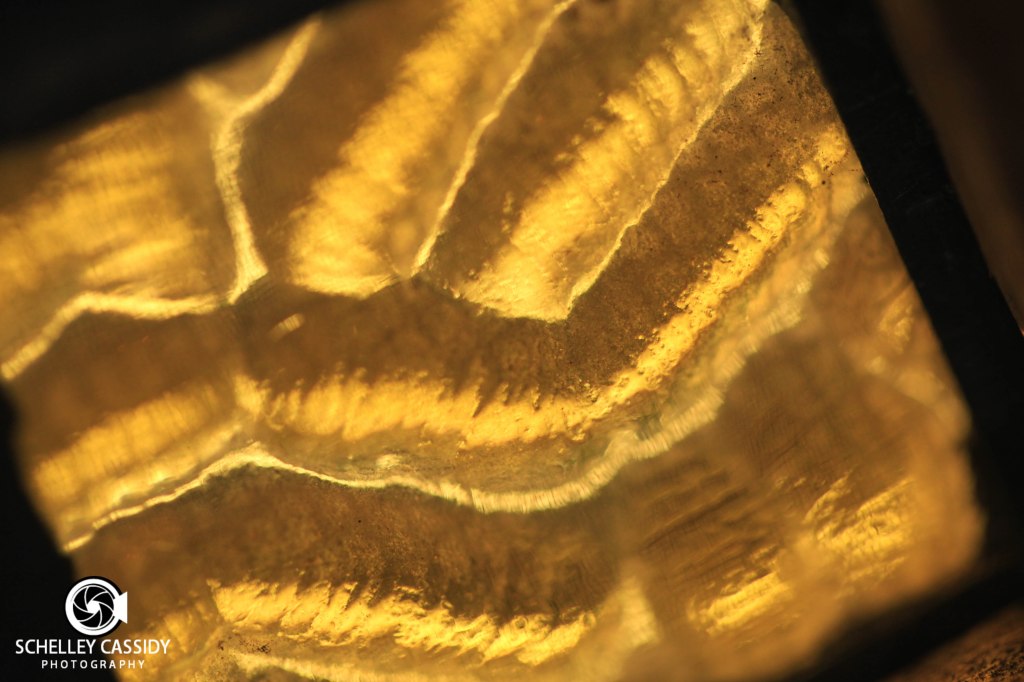 A piece of a stained glass window that belonged to my mom shows what yellow means to me: a vibrant color representing strength and light, which negate all the drab grey colors of life, death, and grief. My mom was such a vibrant and strong woman, yellow is her soul. Shine on, mama.

To see other interpretations of yellow, check out the Daily Post’s Weekly Photo Challenge here.

Discovery consists of seeing what everybody has seen, and thinking what nobody has thought. – Albert Szent-Gyorgyi

Fortunately I didn’t have to look very far for my daily subject, so today’s mystery “what is it?!?”  photograph is ready for your guessing pleasure. Do you know? Can you tell? 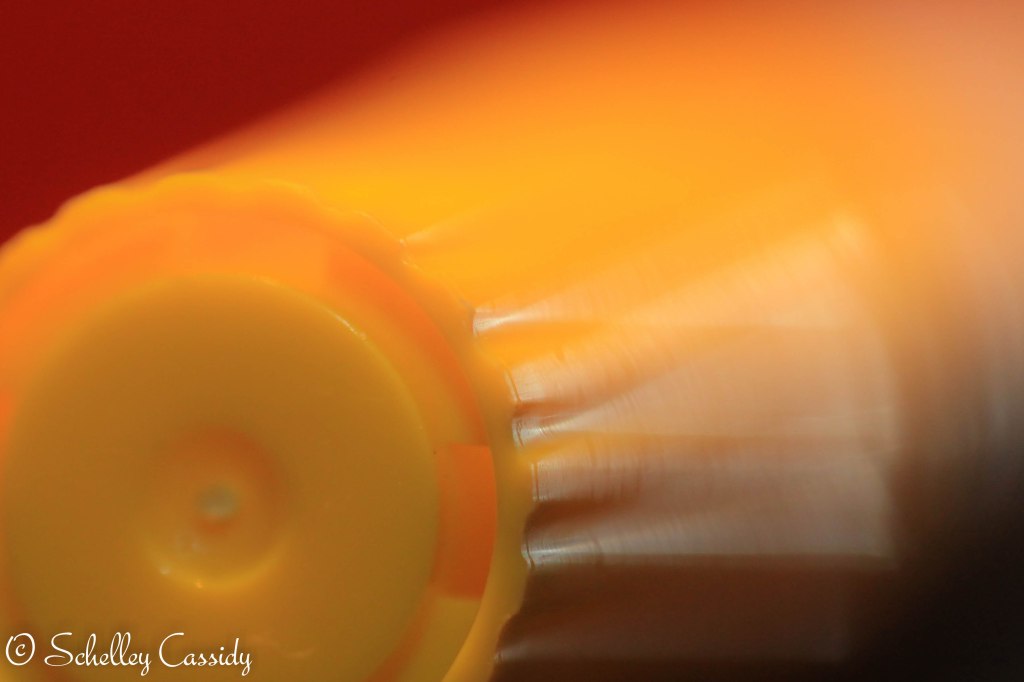 Paul (aka funny hubby) commented, “Is it the Millemium Falcon flying through the innards of the 2nd Death Star?” Alas, I don’t think I could handle flying through space to get this shot, so not the Millenium Falcon. Girish thought, “its inside one of those light bulb things, you know like those tiny ones that go on a tree kinds” Well, it does have to do with a light but not those little tiny ones. So you’re partially correct! Ding ding! 😀 “Partial Credit ! The secret to getting a better grade !” Indeed! Mic got it right away, “Looks like a light fixture of some sort? A quartz element in the center with its reflection off the glass envelope of the light to the lower right? Strobe light?” Yes, it’s a strobe light! Ding ding ding! Jude said, “certainly looks like a light-bulb moment to me.” And in a way, it is. 😉 “curiouser and curiouser” said Alice.

So what you saw was the reflection inside of a strobe light. Hubby was pulling out Halloween props last night and the strobe light’s inner reflections captured my muse’s attention!

I took some time out for life. – James L. Brooks

We have a tropical storm (Andrea) headed our way so it’s been raining steadily all day long. Although I’m enjoying the symphony of the rain’s “pittar patter” it’s making me so very sleepy!

Today’s mystery “what is it?!?” picture is one of the last I can use from our trek through Disney World this past weekend. Do you know? Can you tell?

Girish commented, “Looks like something I would see under a microscope, but i know that’s not the case.” Indeed, that wasn’t the case. So what was it?

What you saw was part of an outdoor light fixture at the Animal Kingdom Lodge. I loved those lights (and made for a great “what is it?!?” picture)!

Small opportunities are often the beginning of great enterprises. – Demosthenes

I still cannot fathom that I’ve stuck with this project for 125 days straight, but hard to believe I’ve got almost twice as many days to go! Alas, I’m looking at the big picture instead of focusing on the smaller one. (pun intended)

Like today’s mystery “what is it?!?” picture, the focus is a narrow depth of field. Oh, how this subject has evolved from what it originally was. Do you know? Can you tell? 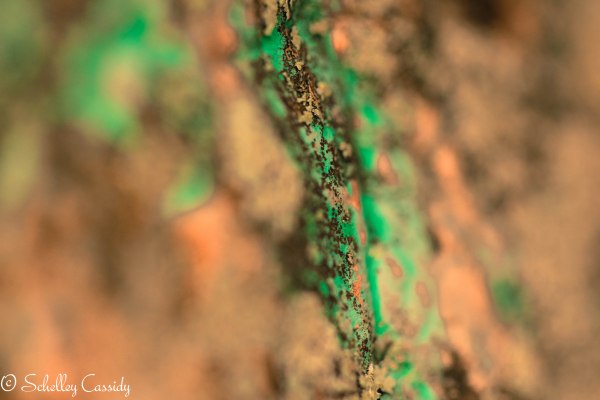 It looked like cloth netting. Or a close up of red colored tile. Or a story from Terry …

Tony only ever wanted to make pizzas.
He saved his money by working two jobs.
His mates were having a good time and Tony was working. Chasing his dream was making him a little bit crazy but he could not stop now; if he did it would all be for nothing.
Finally the day came when he had accumulated enough capital to set up his pizza shop. Unfortunately for Tony it had taken him many years to get the money together and in that time four pizzas shops had opened in his town. Pizza wars had broken out a few years earlier and so margins were tight.

There was only one thing for it.
Tony had to come up with a new pizza topping; something delicious that no one had thought of so far. This was a big ask as there were now some amazing pizza toppings available.
Tony was not going to see his dream die, but what to do?

The idea came to him while wandering around his local antique shop.
In a case, way in the back, there was an old ‘glow in the dark watch’.
Many people had developed skin cancer from the radioactive material in the watch hands but people at the time were amazed at a watch that you could see in the dark.
Tony thought, ‘back lighting, you half wits’, but then he remembered that watches didn’t have batteries back then.

But, the point was made, at least to Tony.
People will buy almost anything, especially if it glows in the dark!

Fortunately Tony had a contact at the local US air base. They had heaps of radio active stuff just lying around and with their economy in ruins they would be grateful for some solid currency.

Tony introduced his new pizza topping with great fanfare and celebration.
Instant overnight success that took many years to arrive rained down on Tony.

Sure, a few people died but no one made the connection.

Eventually everyone introduced glow in the dark toppings but by then Tony had sold his business to Google (they will buy almost anything).
Disney made a movie about his life (they changed quite a bit but no one noticed) and Tony retired to Queensland, the home of retired people who have made a lot of money from the general public…………. they also have a lot of hairdressers.

Well, the subject wasn’t really a glow-in-the-dark pizza topping, but kudos to Terry for such an imaginative, creative story! Alas, the subject is a miniature glowing lantern light. Here’s a larger perspective.