Skip to content
October 27, 2013 Schelley Cassidy Photography - What Is It?!?

Women. They are a complete mystery. – Stephen Hawking

I find this quote particularly amusing, especially coming from Stephen Hawking, such an uber brilliant genius. My hubby is enthralled by him, and I think would agree with his sentiment. But hey, we women folk can say the same thing about the opposite sex! Speaking of mysteries, I picked out a good one for today’s mystery “what is it?!?” subject. Do you know. Can you tell?

Girish guessed, “envelope.” Not an envelope. “check again , im positive it is! I put it there !” I did double-chedck and it swears it’s not an envelope. Jude said, “Hmmm… are you really sure, because I could also swear it IS an envelope!” Trust me, not an envelope. Looks can be so deceiving! Heather commented, “Hmmmm, I’m thinking card board, or some kind of packaging???” Not cardboard or packaging, but you’re close. Then Y.M. Prior won the ding-ding-ding winning bell with “paper bag?” Yes, what you saw was a paper bag. Weedimageoftheday gets honorable mention for also guessing paper bag. Double ding-ding-dings! 😀 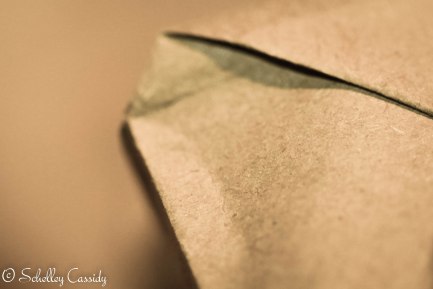 The smallest feline is a masterpiece. – Leonardo da Vinci

Why is it some days creativity flows and flows, and other days it’s just a dead stream, littered with branches, mucked up leaves, and stagnant nothingness? Although I found plenty of life to photograph, discovering the mystery subject for today was downright difficult. I had photographed a subject my son suggested (because I asked him to come up with something!), but then I saw this something else. I really didn’t like any of the images, until this last one, which will just have to suffice. sigh Today’s mystery “what is it?!?” picture isn’t a masterpiece, but it is ready for your guessing pleasure. Can you tell? Do you know?

Jude asked, “is it a tennis ball?” Not a tennis ball. Yesterday’s subject was a result of rifling through our junk drawer, and trust me, it’s full of a lot of junk. I did not change the color, this is exactly as the subject appears. So what was it? What you saw was green masking tape. I didn’t notice any of those fabric hairs until I took the macro photograph. Interesting!

Perhaps I am stronger than I think. – Thomas Merton

There is a new skein of yarn calling my name and since I have only knitted/crocheted only around 100 scarves, there’s always the need for another one, right? After all, the winter holidays are only around 60 days away! (EEEK!) Well, at least today’s mystery “what is it?!?” picture is now ready for your guessing pleasure. Do you know? Can you tell? 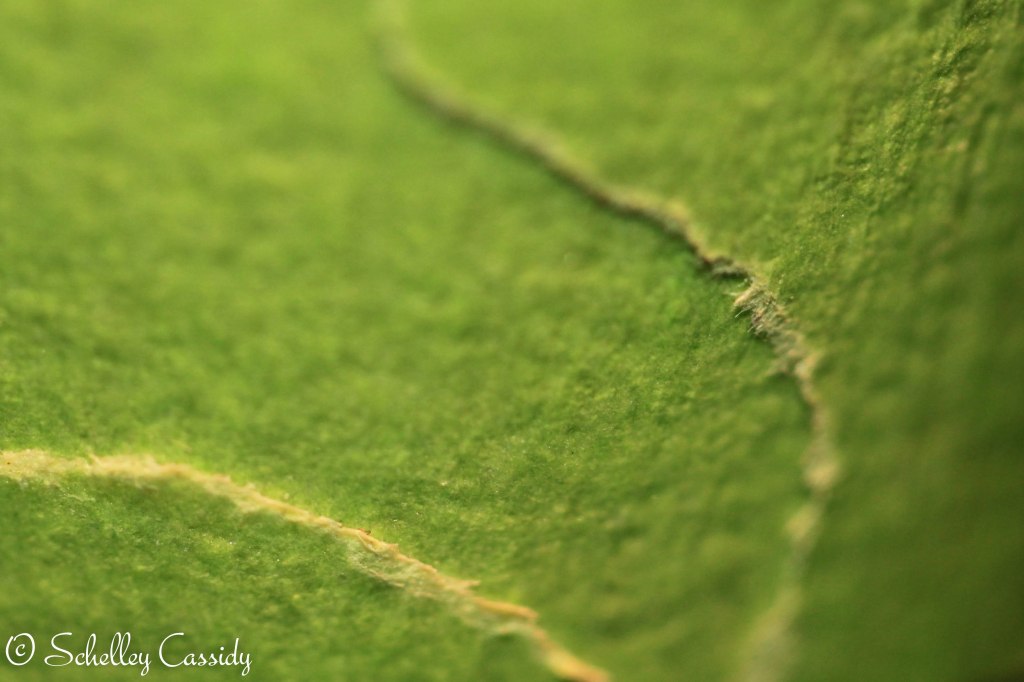 Jude commented, “You have lots of lights going on there, so is it part of a chandelier or glass lampshade?” Not a chandelier, glass, or lampshade. Brenda said, “Crumpled up plastic wrap.” Ding ding ding! Marilyn’s perspective: “Crinkled cellophane?” That would be a double ding-ding-ding winning bell! Yes, what you saw was a piece of crumpled up plastic wrap/cellophane. I must admit thinking of mystery subjects is sometimes difficult! But anything can work if I’m willing to look at it with a different perspective. 😉

My painting does not come from the easel. – Jackson Pollock

Just as my vision didn’t come from the camera. Or what becomes of a lump of clay after it speaks to you and tells you what it should be. Most often, a vision isn’t foreseen, it just happens … at the perfect time, at the perfect place. I just adore the creative process (although it is frustrating when the muse seems to disappear). So I suppose I should clarify and say, “I just love the creative process when it happens!”

Today’s mystery “what is it?!?” picture is now ready for your guessing pleasure. Do you know? Can you tell? 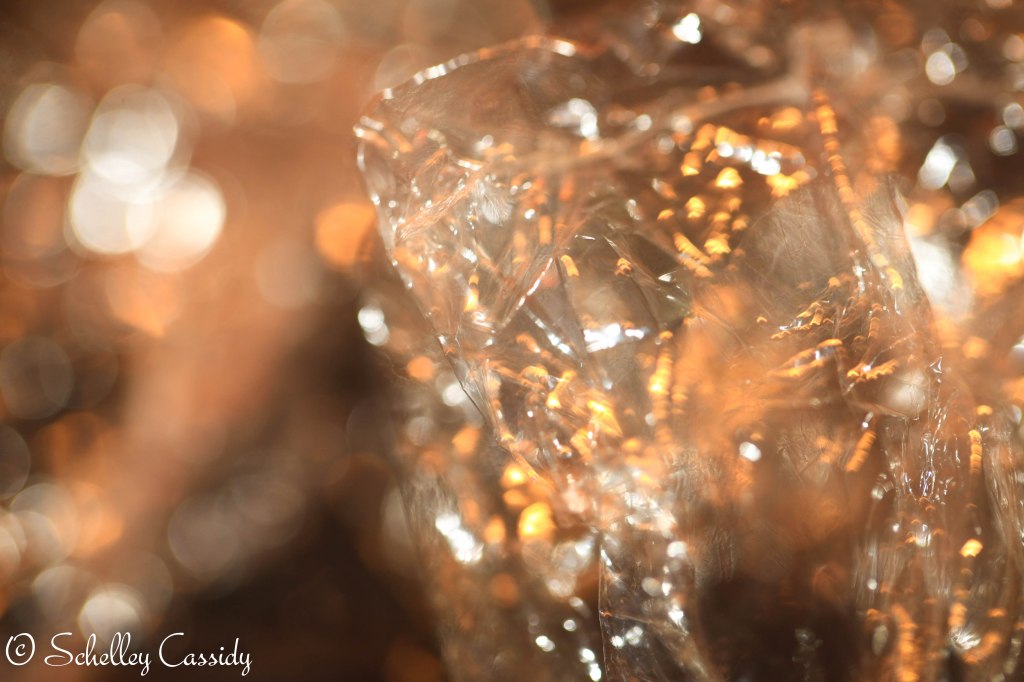 As I mentioned yesterday, I purposely changed the mystery subject’s color; its color is very specific and iconic. Brenda thought, “Poseidon’s pitchfork being melted in Hades underworld.” Alas, my camera would have melted! Eric guessed, “Spring?” Not a spring. Jude asked, “Is it part of your coca cola wall mural?” Although not part of the mural itself, I didn’t realize just how much the mural matched something else VERY, VERY iconic of Coca-Cola. “Is it the words? The loop of the C?” Yes indeed, it’s part of the loop of the C in the Coca-Cola logo! Heather said, “I would never have guessed correctly…” but had you seen the image in red, would you have been able to?

Did you know that the iconic Coca Cola logo was created by Frank Mason Robinson in 1885? The font he used in the logo is known as Spencerian Script, which was used  from 1850 to 1925 in the United States. Now that logo and font is recognized all around the world. 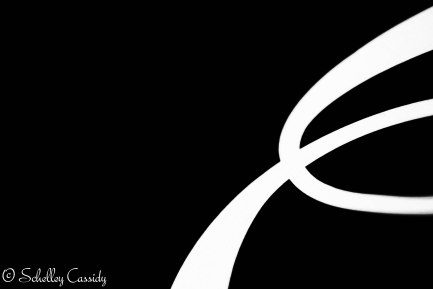 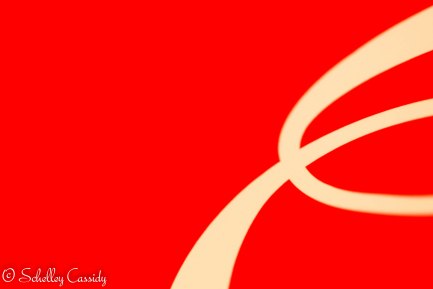 Nature’s my muse and it’s been my passion. – Frans Lanting

It took forever for my muse to speak to me tonight, I could not figure out what to use for today’s mystery “what is it?!?” picture. And then finally! I saw this and thought that removing its color totally removes its familiarity. Anyway, it’s ready for your guessing pleasure. Can you tell? Do you know?

Brenda asks, “Is it fabric?” In a roundabout way, kind of. “Hmm…tricky. Is it upholstery?” Not upholstery. Perhaps I should give you a hint. You would use this on your body. “Loofa?” Not a loofa. Not a sponge. “Pumice stone?” Not a pumice stone. Think putting on body to help. “Bandaid?” Not a band-aid but you’re in the right area. So close! Monica guessed, “Skin?” Not skin. Heather guessed, “Shower curtain?” Not a shower curtain. Jude: “Netting?” Sort of, kind of. “One of those bath/shower puffs?” Not that either. So what was it?

What you saw was a stack of gauze.

UPDATE: Brenda kept up with her guessing after I had already posted this and finally guessed gauze. Ding ding ding! 😀 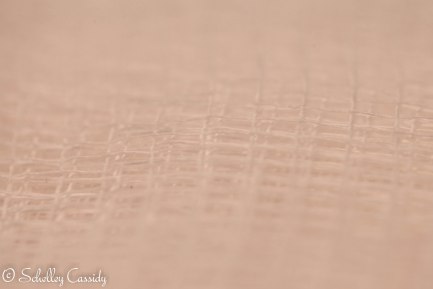 Today’s mystery “what is it?!?” picture is ready for your guessing pleasure. Can you tell? Do you know?

If we knew what it was we were doing, it would not be called research, would it? – Albert Einstein

Finally! Today’s mystery “what is it?!?” picture is ready for your guessing pleasure. Can you tell? Do you know? 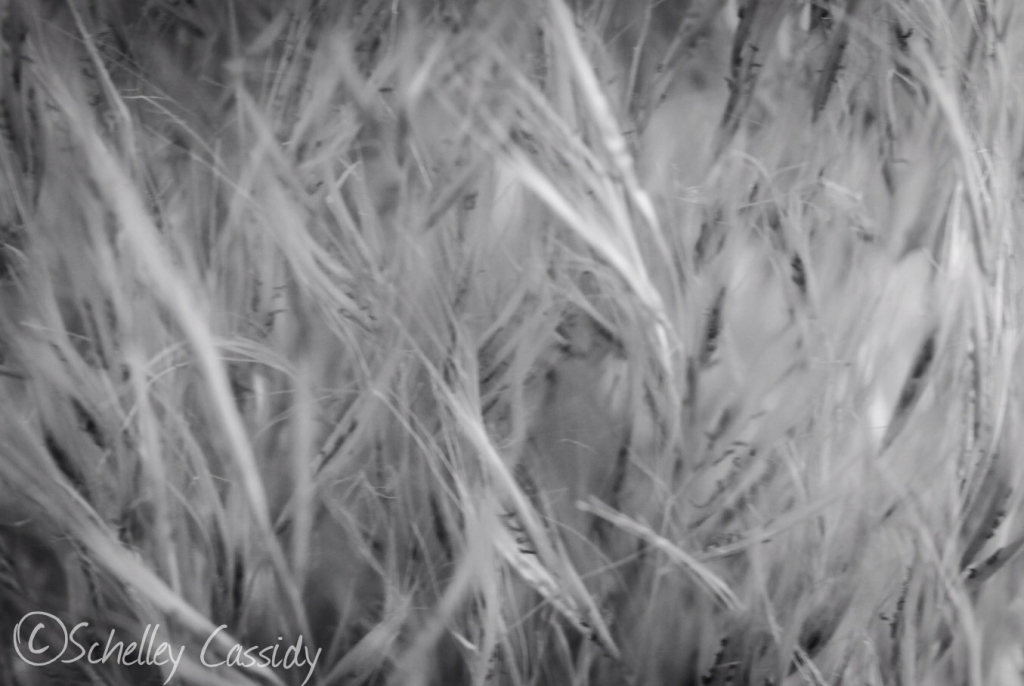 Brenda asked, “… wood carving?” Not a wood carving. “Some kind of ceramic?” Not ceramic, although it’s made to look like that. Then weedimageoftheday said, “part of a ceramic vase or sculpture?” It is indeed a sculpture, although not ceramic. I think this looks like metal, and surely thought it was, until I touched it! What you saw was part of a sculpture’s sleeve, made out entirely of plastic.

The future is no more uncertain than the present. – Walt Whitman

Today’s mystery “what is it?!?” picture is ready for your guessing pleasure. Can you tell? Do you know?

Jude thought, “an interesting image – could it be some sort of wind chime?” Although this could certainly work as a wind chime (maybe on a more massive scale), it’s not a wind chime. Can you figure out what was used to make this? What did it look like to you?

So what was it? What you saw was a portion of a large glass chandelier in the World of Coca-Cola gift shop. It was such an unusual piece of lighting with strand after strand of these many glass circles, which made a nice tinkling sound. I assume these circles were made from glass bottles. 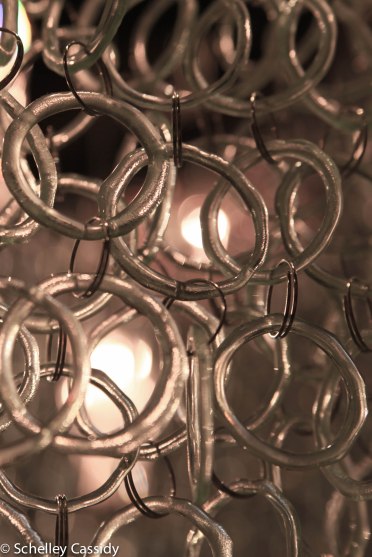 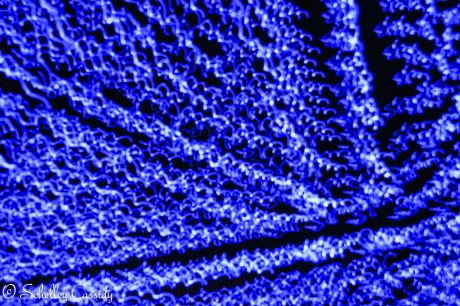 This week’s challenge: share a photo (or gallery) of shapes, lines, textures, or patterns. In this photo gallery, coral, water, lights, and sand all contain elements of each. I just love nature’s patterns!

To see other interpretations of “From Lines to Patterns,” check out the Daily Post here. You can play, too! 🙂

Looking at a lily leaf close up.